Saint Joseph Oil is not a treatment. Nor is it a preparation with curative powers, to say nothing of a magical practice. It must be viewed as a gesture of faith.

Brother Andre was inspired by a devotion that he heard was already being practiced in France. He took a bit of oil from a lamp that was burning in front of a statue of Saint Joseph. He offered it to sick people telling them to rub it on their aching body and to pray to Saint Joseph for relief.

This tradition continues today at Saint Joseph’s Oratory of Mount Royal. A basin containing ordinary vegetable oil is fixed in front of a statue of Saint Joseph, and a wick, floating on the surface, burns night and day as a kind of perpetual votive lamp. The oil is then put in bottles and made available to pilgrims. 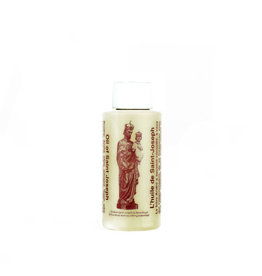 Brother André often advised those who came to him to rub themselves with some vegetable oil which had been burning in front of the statue of Saint Joseph.

Even today, oil used in this manner remains a link with our traditi
Add to cart
Bottle of Saint Joseph oil (500 ml)
C$11.99
Sale 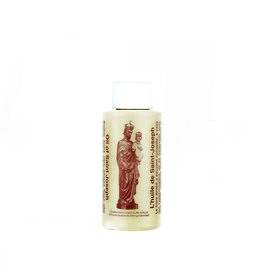 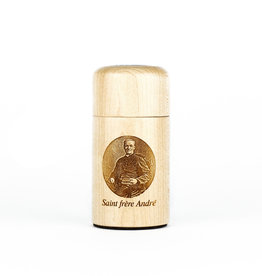 Remarkable engraving work with this bottle holder. It can contain a small bottle of Saint Joseph's oil or Holy Water of 60 ml or 2 oz.
Add to cart
Bottle Holder for Oil or Holy Water
C$15.99
// POWR Popup app
By using our website, you agree to the usage of cookies to help us make this website better. Hide this message More on cookies »